Can Imagination Bring Out the Real You? 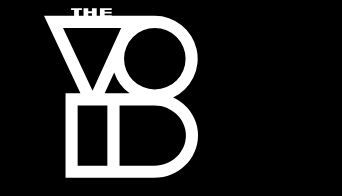 VR in THE VOID Presents New Sensations, Thoughts, Actions — Was That a Game or the Real Me?

Until last month, my virtual reality (VR) headset experiences were fantastic and the immersion impressive: I cruised Mars, flew to the Moon, swam with whales in the seas (on earth), and plied a wand to slice away invading objects. Each elicited a strong “Wow!” and “You’ve got to see this!” from me to anyone nearby, laughing at my gyrations. So, armed with my repertoire of past headset engagements I felt ready to step it up and go to THE VOID, a location-based experience offering immersive VR episodes of non-stop action. Intrigued that an experience promises so great an impact that it requires release forms, I go in and sign up, family in tow.

THE VOID is a place that provides virtual reality that instantly awakens your senses, blurring the lines of what is imaginary from what is real. We opted to experience THE VOID’s “Secrets of the Empire.” As a participant who became fully immersed in the action, the “Secrets of the Empire” game is much more than a game. Like the hero in the popular Sci-Fi novel, Ender’s Game, an experience in THE VOID can also reveal things you may not have known about yourself. At least, that’s what it did for me.

The goal of “Secrets of the Empire” is to capture (steal) information important to the success of the Rebellion, the good guys in Star Wars. (If you are not acquainted with any Star Wars episodes some of the following remarks will not make sense to you–but you’re missing great movies!) My husband, Jim and daughter, Annie, who it’s necessary to mention both tower over me, and I, were joined by another young participant to round out a full group of four players. Steve, a 12-year-old boy, admitted that he was back for the third time to do battle in this VR game. I smiled, saying that as a pilot I hoped to fly the Millennium Falcon–Steve sighed and rolled his eyes. We were shuffled into a small room of dark walls. Along the walls was our gear: helmet with VR apparatus and a shield, both of significant heft. Our orientation consisted of the goal to fight the Empire and take the needed information. Then I was told to take a gun.

A gun? I knew nothing of machine guns. “Can we practice first?” I asked. “Where’s the Falcon?”
“Go with it, Mom,” I heard. I looked around for the Falcon. I look down at my weapon. Couldn’t it have been a small phaser? The kind Captain Janeway uses on rare occasions in “Star Trek Voyager” episodes? But that’s a different story (the episodes of “Star Trek”, in case you’re new to all this, are different from those of “Star Wars”, with another cast of cosmic characters and set of galactic locations. I love them both.)

“How long is this game again?” I asked. Too late. The virtual doors opened. Stormtroopers marched about in the distance, protecting their base. They turned. Virtual bullets began to fly.

“Are you hurt?” I called. Hit? Stinging bullets? How do I play? Is this playing?

I hid behind a pillar for protection like fighters do in movies. They all use a cover. The pillar seemed real enough. Our suits however were not a good cover: We were in white Trooper uniforms, which is great for Halloween, but a bummer when angry Empire fighters could see us as very visible impostors. “Get down!” I yelled to Jim who kept calling out that he’d been hit. I peaked around to a view filled with Empire Troopers, Starfighters and–bad guys everywhere. I pulled back behind the pillar.

“Shoot!” came a young voice. Steve? A young child. Perhaps needing assistance. “Shoot!” He must live, I thought, and I must protect him. I started shooting. Wildly.

Before long, sweat started dripping down my neck. A few Troopers seemed to fall from the cascade of whatever it was coming from my gun. I cheered.

“Ahh, I’m hit. Look right!” called Steve, the experienced one. Was he falling down or just crouching? Nothing seemed coordinated: not my team, not our roles, not the approach to the problem. Against my better judgement and with no time for a plan, instincts took over.

“I got it, Steve!” I said and stepped in front of him, firing at anything that moved, right or left. “Are you alright, Steve?” Annie is not in sight. “Annie! Where are you?” Adding to my frustration, I wasn’t able to keep track of my team’s condition and my helmet was fogging up.

My sense of who I think I really am, even though dressed in Trooper attire, was still at my core. Though not an advocate of warfare, violence, or destruction, I am an advocate of my family and children. Of the Force. My duty was to protect and defend them. I did not want them hurt. I know I’m competitive when it comes to sports, but was this really only a game? It felt very real.

Little did I know that the other three had been doing quite well, at least measured by the number of Troopers they downed. On the other hand, I hadn’t fared so well: I took out hardly any of them–but not for lack of trying. I was just really inept. I would have never been really recruited by the Force. Unless, of course, they were desperate that day and had to take (virtually) anyone.

The final battle awaited. This one featured none other than Darth Vader himself. Exhausted, I turned to see his looming figure, most feared in all the Galaxy. In a voice deep and as dark as a nightmare, he told us that we had met our end. Our end? Looking down over the edge of the platform I stood on, just inches from my feet, was the floor of a vast hangar and Troopers preparing the fleet of the Empire for the next battle. There was nowhere for me to go and no other choice: I must protect my family. I must help Steve. The Rebellion. This cannot be the end.

I looked over at Vader with rage. Our end! “We’ll see about that, you bastard!” Firing up and down hoping to make a difference somewhere on him, I gave him all I had. Then, he’s gone. The battle was over. Relieved. I smiled for the first time, until I remembered I swore in front of Steve and felt sorry about it. My heart was pounding and I ached from suit fatigue. In a blink of an eye, we found ourselves back in the small dark room where we started.

I’ve never felt anything so virtual but so real. THE VOID is the best experience yet that influences our senses and propels our reactions. Released from usual thoughts, we are inspired by unusual action on an existential roller coaster where we face, perhaps for the first time, who we really are and what we could really do. 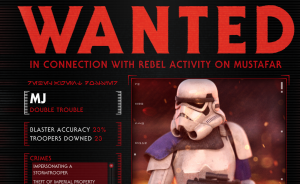 You think your Mom is bad? Look at me. (Look at my score.)