International Space Station R&D Conference 2016 in San Diego Features ‘GravityGames’, a New STEM Initiative Made in Space to be Played in Space 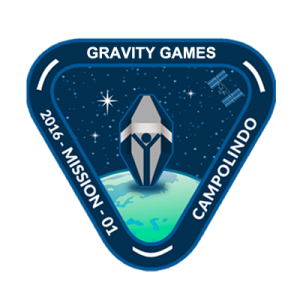 MJ Marggraff announces that GravityGames, a uniquely inspiring STEM (Science, Technology, Engineering, and Mathematics) project has been invited to present the experiment at the upcoming International Space Station (ISS) R&D Conference, highlighting new research and developments aboard the orbiting National Lab, the International Space Station. The pilot test of GravityGames comprised of Robotics and Makers Club students from Campolindo High School, developed the first GravityGames, called Star Catcher, which will be printed on a Made In Space, Inc. zero-gravity 3D printer aboard the International Space Station (ISS), later this year, and then can be played by ISS astronauts who later provide feedback on the new game. Star Catcher blends the games ‘Perplexus’ with hot potato using 0G to make it work.

The Made In Space Advanced Manufacturing Facility, the zero-gravity 3D printer aboard the ISS, is the first step to the future of manufacturing for off-Earth constructions in space. The printer provides ISS astronauts the ability to produce replacement parts and tools in a zero-gravity environment. GravityGames brings the revolution of space manufacturing together with students who collaborate to design a space-based product. Students apply their skills to solve a problem in a practical, motivating, and game-based learning: The objective — to produce a hand-held game to be played by astronauts in zero-gravity.

“Among the issues we must address to help astronauts thrive on long-duration space flights, one of the most serious are the conditions in which they work, called ICE. Isolating, confined, and extreme, long-duration flights are inherently conditions that impact performance and team cohesion. We can find ways to help them.”, says GravityGames creator and Principal Investigator, MJ Marggraff. “GravityGames motivates STEM participation and exposes students to a critical dimension of future human space travel—to build camaraderie on long-duration space flight. It will also help give us ways to address the same conditions here on Earth.”

Current data forecast a critical shortage of one million STEM college graduates students by 2022.  The Space Games Challenge is a partnership between Made In Space and the International Space Station, combining unique, engaging challenges to STEM-interested students, and designed to enhance curiosity and increase STEM retention with practical and exciting applications. This pilot is a template to engage and inspire future students for space. Marggraff and GravityGames co-authors and student leaders, Colin Parsons and Oliver Ousterman, will attend the upcoming conference and present GravityGames to the space world. GravityGames may be offered nation-wide with the approval of NASA and the Center for the Advancement of Science in Space, who will be in attendance.

MJ Marggraff, is the creator of GravityGames and led the first team of students to produce the world’s – or space’s – first micro-gravity Made In Space game. MJ is also a pilot, a graduate student, and an author of: “Finding The Wow”. Available on Amazon books and www.findingthewow.com.